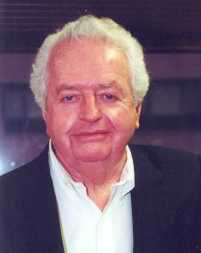 Dr. McGiff, a leading cardiovascular and renal researcher achieved international distinction while leading the Department of Pharmacology for more than three decades, he passed away peacefully at his home on Long Island on Saturday/February 2, 2013.

Dr. McGiff received his BA from Georgetown University, MD degree from Columbia University College of Physicians and Surgeons, served in Korea and Japan with the Marines as Senior Medical Officer and Flight Surgeon. After completing an American Heart Association Research Fellowship at Columbia University, he completed his clinical training and was appointed a joint faculty position in Medicine and Pharmacology at the University of Pennsylvania in 1962, served as Chief of Cardiology at St. Louis University. In 1974, Dr. McGiff joined Nobel Laureate, Sir John Vane in England for two years prior to becoming Professor and Chair of Pharmacology at the University of Tennessee. Dr. McGiff was appointed Professor and Chair of Pharmacology at NYMC in 1979 until his retirement in 2010.

Throughout his tenure, Dr. McGiff was the recipient of many grants, awards and achievements. Dr. McGiff, a world-renowned scholar and scientist, a man of uncompromising principles and keen intellect, a free-spirited firebrand whose prowess as a researcher and an educator leaves a legacy that shapes the world’s understanding of the heart, blood and lung.